Giving Back is Part of Who We Are!

WHERE DOES YOUR MONEY GO WHEN YOU PAY FOR OUR SERVICES?

You’ll be happy to know that a portion of all our proceeds goes to sponsor charities, both home and abroad, as we “Give Back” in response to the great blessings that we’ve received.

Last year Peterson’s Landscape and Maintenance Service gave tens of thousands of dollars to worthwhile organizations who help “our community and our world.” We are thankful for the blessings we receive in our business and believe that giving back is one very clear way of showing our thankfulness!

THE STORY OF DANIEL

Daniel was born with Hypoplastic Left Heart Syndrome, which means that the left side of Daniel’s heart is underdeveloped. He was immediately rushed to surgery to help save his life. His birth mother put him up for adoption without knowing about this defect. 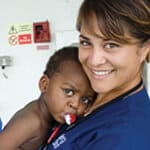 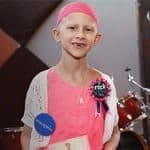 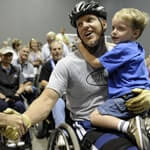 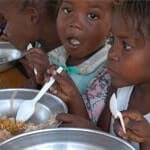 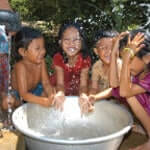 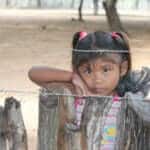 Here is a short list of charities that we support from our proceeds:

(Click on any of the logos below to go directly to each charity’s home page. Become a part of Giving Back!) 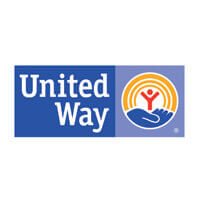 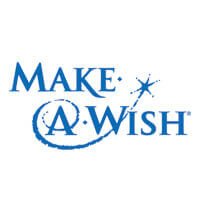 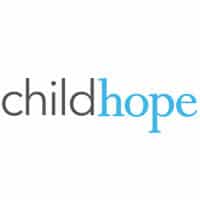 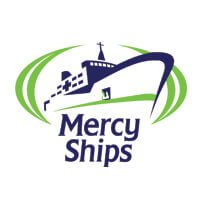 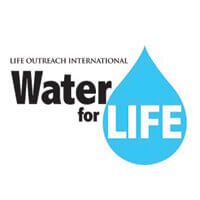 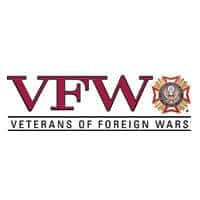 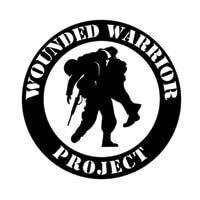 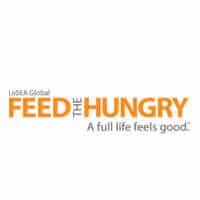 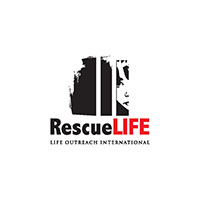 For the Love of Daniel 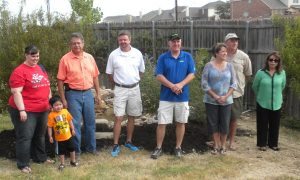 Daniel was born with Hypoplastic Left Heart Syndrome, which means that the left side of Daniel’s heart is underdeveloped. He was immediately rushed to surgery to help save his life. His birth mother put him up for adoption without knowing about this defect.

Daniel has undergone many surgeries over the past couple of years, spending months in and out of hospitals. Over the last year or so, Daniel’s condition has worsened, and his heart is failing him. He is now on the list for a heart transplant. 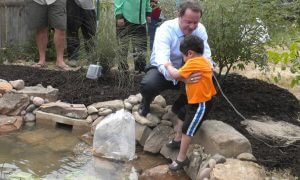 Daniel loves being around water and fish, so his mother contacted Peterson’s Landscape, a customer of Ewing’s North Richland Hills, Tex., branch. When Richard Navarrette with Peterson’s showed up at their house to give them the bid, he immediately realized Rebekah’s budget wasn’t nearly enough to cover this type of water feature. He also noticed a little boy walking around with an oxygen tank, so she told him Daniel’s story.

The story moved Richard, so he contacted me about donating a pond kit for a project. I am asked several times a year about donations, but when Richard told me this story, I decided to help out with any and all resources I could. 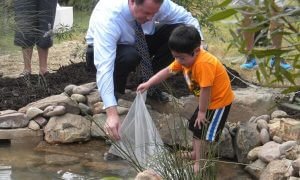 With the help of Ewing employees Craig Freeman, Clinton Elms, Kirk Burris, and Jimmy Wright, we were able to locate a Savio pond kit to donate to this cause. Joe Peterson, the owner of Peterson’s Landscape, was able to get the koi fish and electrical work donated. This was all done without Rebekah’s knowledge.

To her surprise, Peterson’s showed up in mid-September and installed the water feature and trees to help shade the area for Daniel. Joe asked everyone that helped with the project to attend a ceremony to present Daniel with his new pond and, best of all, let him release his new fish into the pond. Joe Peterson also gave Rebekah a check for $250 to help with the fish food and maintenance.